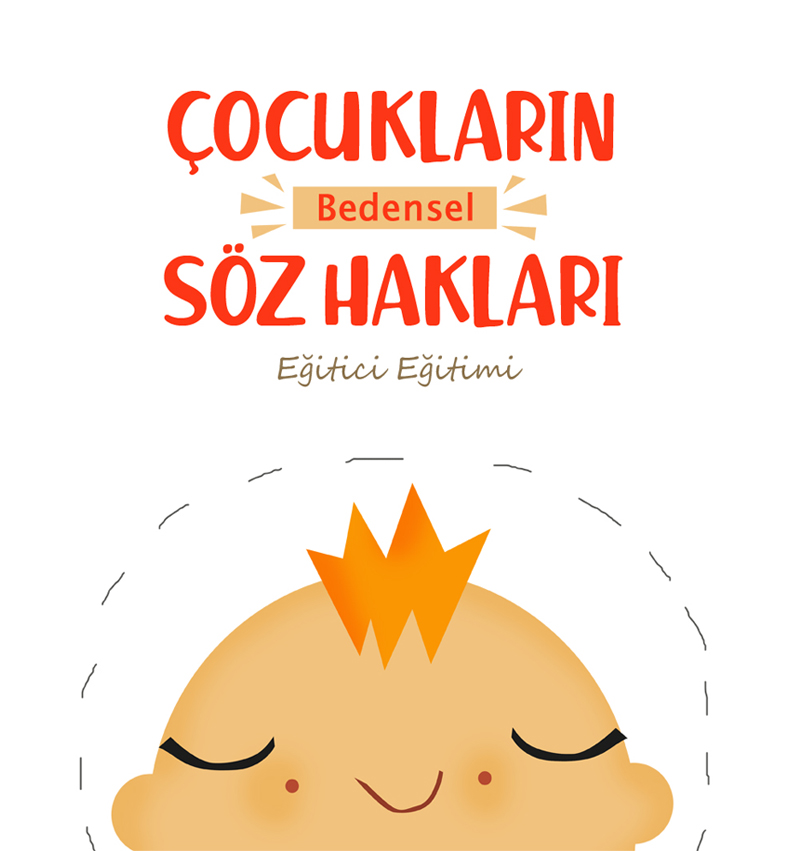 Could you please tell us about your recent activities in particular?

You are probably aware that, since 2014 our association has been active in preventing sexual violence. In the last few years, we carried out a project titled “Where is the Support System?” to increase the visibility of the support systems needed once sexual violence occurs, thus took our first steps to cover the time frame following the violence as well. We believe the “What is the Support System?” video we produced within the project framework represents a good example of the association’s perspective and narrative as an alternative to the established sense of violence in Turkey.

Moreover, this year we are focusing on a campaign titled “Switch It!” (“Oyle Degil Boyle!”) to draw attention to media narratives leading to stigmatization of and accusations against individuals who are victims of sexual violence. We expect campaign images of celebrities to appear in various online and offline media in September and October, to help us confront society’s prevailing attitude of blaming the victim.

Could you please tell us about the goal of the ‘Child Would Tell; You Should Listen; Put An End to Exploitation’ campaign you launched in 2018, as well as the cooperation and joint efforts you had with Şişli Municipality?

The ‘Do not Silence Children, Combat Sexual Abuse (Cocuk Anlatir, Sen Dinle, Istismari Onle)’ campaign was a protective-preventive effort aiming to focus on the adults’ responsibilities regarding the fight against sexual abuse. That is what we had in mind when we put a name on the campaign. In the last few years, we have been hearing the slogan “The Child May Not Always Speak Up; You Should Speak Up Nonetheless!” over and over with reference to sexual abuse news. And we wanted to challenge and criticise that perspective that puts the children in a passive position. For, we know that is a cultural paradigm that lacks an ear for children, rendering them effectively mute, and depriving them of their rights regarding their own bodies. Within the framework of the campaign, our goal was to help the municipality staff who come into contact with children in developing an awareness for change starting with their own lives and transforming the entrenched misconceptions regarding sexual abuse, through a number of seminars and trainings for the staff of Şişli Municipality. We believe the Municipality setting aside resources to implement such a campaign idea, and executing it in cooperation with non-governmental organizations working on civil rights, is a truly valuable contribution. As the campaign process found some echo in the media, we received many invitations and requests for us to continue providing such trainings. That is why we decided to develop a trainers’ training model based on this content, and thus to expand the reach of the efforts.

What can you tell us about the Trainers’ Training project on the “Children’s Say About Their Own Bodies” you had implemented with the grant from the Children Fund of the Support for the Civil Society Foundation, and the activities you plan to carry out in this project?

The Trainers’ Training project on the ‘Children’s Bodily Autonomy’ is actually a pilot project we had, with the purpose of extending, improving, and expanding the process we embarked on with Şişli Municipality. Our goal is to build up a rights-based perspective towards sexual abuse, and making people who work with children think about the participation and rights of the children and the social perceptions towards the children before actually offering trainings regarding sexual abuse. With this goal in mind, we offer 2 distinct trainers’ trainings for 2 distinct groups, through a time frame of 3 days. The first group is composed of primary and secondary school counselors and psychological counselors working in Şişli district. The second group, in turn, is a set of professionals employed by various municipalities in Istanbul. We expect both groups to engage in seminars for adults and parents in their work environment, on the basis of the trainings they receive from us. Doing so will help us reach out to wider audiences to lead a transformation of widespread misconceptions about sexual abuse, and to ensure that the children’s say on their own bodies is recognized as a right. The project will bring about a sustainable training model and application materials as well as a manual to extend the reach of the content. We believe these materials we had compiled with a pedagogical perspective focusing on rights rather than protection, embracing an inclusive approach instead of a sexist one, aiming to support rather than scare, will meet an important need in this area.

Will you make special efforts to ensure that this cooperation you embarked on with Şişli Municipality, and the training model you have developed is embraced by other municipalities and/or government agencies as well? What kind of developments do you expect in this context?

Definitely. That is exactly what makes this a pilot project. This year we will get the chance to update and improve the contents, based on the insights we get based on the comments by the experts who take part in the trainers’ trainings, as well as our observations of the trainers’ actual practices. Then, the first target group we will work within terms of extending applicability will be the Municipalities and Counselling & Research Centres. We are well aware that sexual abuse is a preventable problem. It is the responsibility of the local governments and government agencies to engage in efforts for the prevention of violence and to provide psycho-social support services in its aftermath. The municipalities should include this issue in their strategic planning. Developing protective-preventive practices, building up post-violence reporting and support systems, and thinking of methods to ensure the participation of the child, based on the principle of “best interests of the child”, should also be among the responsibilities of the municipalities. Any planning by the municipalities should also cover the children, and ensure the participation of children. Let us take this opportunity to underline once again the need for the municipalities to set aside resources for these activities, and to work in cooperation with non-governmental organisations. Since the day we issued the first call for trainings, we received numerous invitations and requests from many cities and municipalities. It is impossible to ignore the need for trainings offering this content; especially for the professionals. We are looking forward to administrative officials also notice this need, and take the plunge to expand the abilities and competence levels of personnel through on-the-job and pre-service trainings.
Thank you very much…

This interview was previously published http://siviltoplumdestek.org/cocuk-fonu/cocuklarin-bedensel-soz-haklarini-csmd-ile-konustuk/