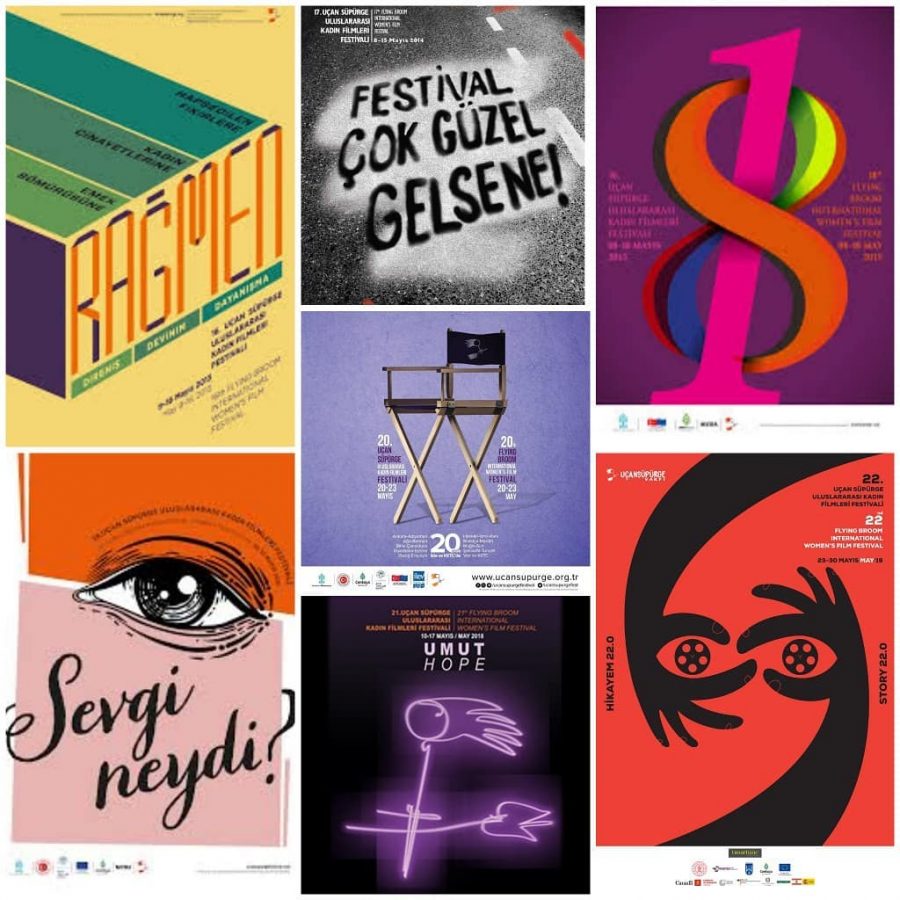 Uçan Süpürge (Flying Broom) has been continuing its work in the gender equality domain for a long time. It started as a not-for-profit company in 1996 and became a foundation in 2017. Can you please tell us your primary activities?

Uçan Süpürge (Flying Broom) started its life as a not for profit company on 13th November 1996. It gained an association status in 2009. In 2017, Ucan Supurge Foundation (Flying Broom Foundation) was established. The founders are  Halime Güner, Sündüz Haşar, Sevinç Ünal, Elif Topkaya Sevinç ve Ayşe Ürün Güner. We started this journey 22 yours ago believing in women and women’s associations. Today Ucan Supurge (Flying Broom) is thriving as a foundation, building on the learning accumulated over the years as a company and an association.

In 1990s it was imperative to institutionalize women’s associations based on the demand and need of the women’s movement by women themselves. We are going through tough times again. Femicides, sexual abuse against women and children, injustice towards the women’s rights defenders are continuing. We are observing that from work life to educational space, we are regressing on the gained women’s rights. Therefore we must re-convene and remind ourselves our actions. We must create change where women are empowered and gender equality is established in all walks of life for a fair world. To achieve this, we must increase communication and interaction between women’s associations to raise awareness on gender quality at local, global and international level.

Uçan Süpürge (Flying Broom) started many firsts in women’s movement. In 1997, when there was little interaction between women’s associations in Turkey, it started local meetings to increase interactivity and prepared a platform to strengthen the relationships amongst them. Uçan Süpürge (Flying Broom) not only went to each city to increase communication among women’s organizations but also it supported their actions with a publication. It published Uçan Haber, prepared radio shows on a local and national level, provided consulting on national TV for shows like Kedi Dili (Cat’s Tongue) and Masalın Eksik Yüzü (The Missing Facade of the Tale). It created local women journalist networks and increased connectivity between women’s organizations by updating content on its website. In addition to these, it prepared a comprehensive report on Turkish Women Organizations’ Guide and shared it with civil society.

In order to facilitate dialogue between public and women’s civil society organizations, it started “Ilk Adım” (First Step) Project. With its “Patikalardan Yollara” (From Paths to Roads) project, the Foundation visited different cities by providing a common platform for women’s associations, gender studies departments at universities and local governments.  It pioneered the “Women’s Footprints in Democracy” at the parliament level, selected champions of The Convention on the Elimination of all Forms of Discrimination Against Women and worked with them.

With “My Madam Curie” project, we aimed to challenge the stigmas around careers when children are planning for their future jobs. Since 2004, Flying Broom has brought the issue of the girl bride, early and forced marriages to the government’s attention and women’s organizations.  It established the “No To Girl Bride” national platform.  The Flying Broom conducted study trips to many European countries in addition to countries like Nigeria, Niger, India, and Bangladesh, to expand their learning and experience in this space. It paved the way for the creation of a subcommission for early and forced marriages at the Women and Men Gender Equality commission.

Due to low morale among women’s organizations over recent years, in 2018 it launched an action and strategic plan to assess the current environment with 56 women organizations. With the empowerment of this plan, it launched its own foundation and the 21st International Women Film Festival with its own resources.

To summarize some of the foundation’s activities since its launch; Flying Broom Foundation collaborated with the Middle Eastern Technical University Alumni Association for lectures. The lectures that started in October of 2018, included topics such as  ” Women’s Demands as Local Elections Approached” , “What is not Addressed in Election Propaganda” and “Alternative Media and Local Elections”. With support from the Embassy of the United Kingdom in Ankara, in November 2018, we started workshops to bring the Emergency Action Plan for Early and Forced Marriages to civil society organizations’ agenda. For these workshops, we identified cities where early and forced marriages had higher rates and pilot areas defined by the Ministry of Family and Social Policies. We launched these workshops with women’s organizations, bar women’s rights assemblies and specialists from the Ministry in the following cities: Muş, Kilis, Bitlis, Niğde, Kars, Siirt, Kahramanmaraş, Gaziantep, Van, Yozgat, Hatay, Aksaray, Iğdır, Nevşehir, Şanlıurfa, Şırnak, Mardin and Diyarbakır.

As part of the  Building Cross-Sectoral Bridges to Combat Sexual and Gender-Based Violence Project, launched with the collaboration of Municipality of Ankara and UNCHR, the Flying Broom provided training to refugee parents and children to tackle early and forced marriages. As part of the trainings, in addition to tackling early and forced marriages, mechanism to be used to combat violence against women were shared. During the Week Violence Against Women it conducted meetings on dating violence and early marriage. At Baskent University, Ankara University and Küçük Ağaç Psikolojik Danışma Merkezi’nde (Kucuk Agac Psychological Counselling Center), we met with students and gave seminars on dating violence and early marriages.

Over the last 5-6 years, we have witnessed a loss of motivation, closed NGOs, GoNGO style organization, rising fear, lessened communication among women’s organizations. Our first course of action to tackle this was to conduct a meeting with 56 women’s organizations. At the end of this meeting, we have realized that these meetings had to continue at local level and that we needed to analyze the needs of women’s organizations. These became expectations from the Flying Broom Foundation and became the roadmap of our organization. Furthermore, as part of 2018 activities, we ran workshops for two days representatives from 22 pilot cities with the ministry as part of the “Workshop on Enhancing Cooperation with NGOs in the Fight Against Early and Forced Marriages” project.

We feel Flying Broom is ready to share its history and experience and this would help strengthen women’s organizatons.

Can you tell us about the purpose of the 22nd Flying Broom International Women’s Film Festival, which is one of the foundation’s leading works and the activities carried out within the scope of the festival?

We once again worked to make the women’s work in films visible with our festival. We broke a record in our history with 1721 applications, and brought together the films of women directors around the world with the audience from Ankara. In addition, we have provided art lovers with a fruitful week with our panels and workshops. By realizing a first in the world, we have brought together festivals from all over the world in Ankara, showing only women’s films. During our festival, we shared our experiences in making a women’s festival through meetings with the festival representatives we hosted in Ankara.

How will you use the grant support you received from the Turkey Mozaik Foundation and the Civil Society Support Foundation under the Gender Equality Grant Program? How do you think this grant will contribute to your work?

Although Flying Broom is one of the longest running non-governmental organizations in Turkey, it re-started its activities in a different corporate structure in 2017. Since 2017, it has been carrying out its activities with the material and spiritual contributions of 5 founding members and volunteer colleagues. Recognizing the importance of creating a sustainable institutional capacity to increase our national and international effectiveness as well as being an integral part of civil society, we are particularly interested in the efforts of our volunteers. In order to turn it into a permanent endeavour, we will use the grant support we receive for personnel expenses, voluntary expenses and external support for accounting and auditing.  In this sense, we care very much about the support we receive from you. With this support, we will be able to focus on our advocacy efforts and core activities, as we will divert our efforts for fundraising to our core mission.