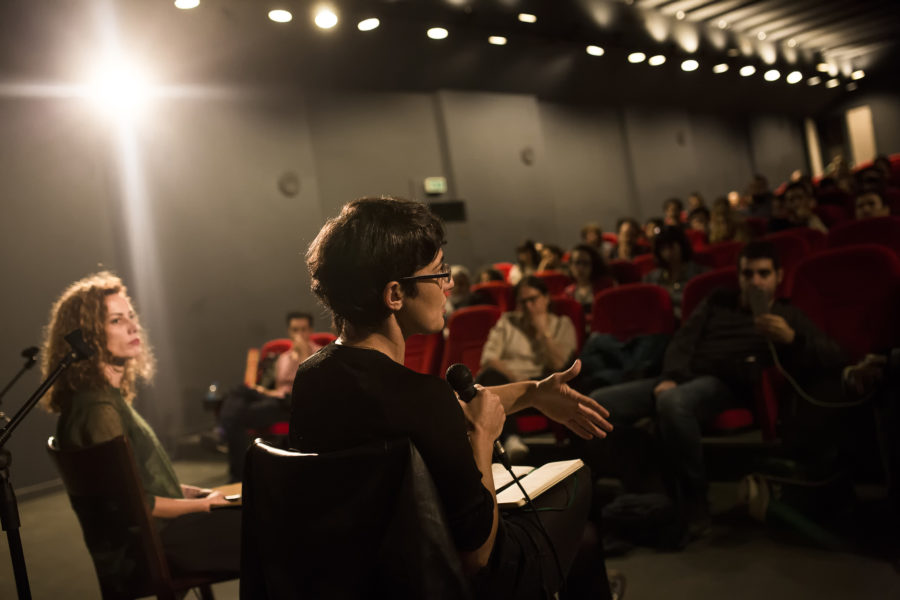 Altyazı Cinema Association (Altyazı) received a grant from our Culture & Arts Fund in 2021 to create a digital archive that will serve as a primary resource for film scholars, journalists, cinephiles, artists and anyone interested in film.

Read below our interview with Altyazı:

This is the first time you are receiving a grant from our Foundation. Can you tell us about Altyazı so that our readers can get to know you better?

Altyazı was set out with the idea of “a monthly magazine contemplating about cinema” in October 2001 and has been providing comment-oriented articles about films and news on cinema for 20 years. Until the end of 2018, Altyazı was operating under the Boğaziçi University Mithat Alam Film Centre, but after parting ways with the university, we took a short break from publishing. Then, as members of the magazine’s editorial board, we established the Altyazı Cinema Association in March 2019 to continue as an independent institution.

In addition to video series such as #AltyazıTartışıyor, #FasikulTartışıyor, where people discuss the important issues on the agenda in the field of cinema, or #IçeridenDışarıya, which created a space for independent filmmakers and artists during the pandemic, we continue the cinema seminars, that we have been holding for 15 years, online.

Now, we also exist as a platform where the voices of independent filmmakers and independent cinema news can be heard.

One of our goals is to be an organic part of the film industry in an environment where the visibility of independent filmmakers, documentarians and video activists has been decreasing due to political pressures, and the shrinkage in both freedoms of expression and culture and arts in recent years. From the struggle against the demolition of Emek Cinema to the “No to Censorship” protests, we have taken an active role in the protests in the field of cinema. Now, we also exist as a platform where the voices of independent filmmakers and independent cinema news can be heard.

How has the pandemic affected the film industry and audience habits in Turkey? Are there any efforts to make the sector and its employees less affected by the negative conditions brought about by the pandemic and the economic crisis?

With the pandemic restrictions, many film and tv sets stopped their productions. In some of the productions that were still being filmed, the virus spread rapidly due to the lack of adequate measures. Professional organisations carried out various activities to improve the safety of the sets. Perhaps the businesses most affected by the pandemic were movie theatres, which remained closed throughout the restrictions. The businesses that did not own their properties could not survive. For example, Rexx Cinema, the iconic movie theatre of Kadıkoy, announced that it was closing due to the conditions brought about by the pandemic.

On the other hand, digital platforms have doubled the number of subscribers. After the pandemic restrictions were lifted, movie theatres reopened but the total number of moviegoers is much lower than in previous years. Both the anxiety of going indoors and the rising ticket prices are causing this decline. In addition, many professional organisations have submitted their demands for a base wage increase to protect employees from the economic crisis. The negotiations between employers and employees are ongoing.

Perhaps the businesses most affected by the pandemic were movie theatres, which remained closed throughout the restrictions.

You have recently published the 2021 Yearbook of Altyazı Cinema Magazine, which is one of the most important publications in the field of cinema in Turkey. Can you tell us about the magazine and the 2021 Yearbook?

Due to the pandemic, we have been continuing our broadcasting life digitally since May 2020. In addition to the monthly e-magazine, we maintain our presence on numerous platforms with altyazi.net, which is accessible to everyone; fasikul.altyazi.net which focuses on freedom of expression in cinema; their social media channels, and our Youtube account.

Since we did not want to stay away from print publishing, we have decided to publish a special printed publication twice a year, in addition to a monthly e-magazine. In the yearbook, we take a comprehensive look at the cinema and television agenda of the past year. In addition to the reviews of dozens of films from the world and Turkey, we cover the year’s cinema corpus under many different thematic titles, including domestic and foreign TV series and documentaries.

How will the economic crisis deepening with COVID-19 and the increase in paper prices affect the sustainability of print journalism? Do you foresee the future of Altyazı Cinema Magazine to progress through digital channels?

Since paper is not produced in Turkey, publications are forced to supply paper from abroad. The fact that paper costs depend on the exchange rate and the decline in global paper supply has tripled printing costs in 2021. It is very difficult for print publications that reach a limited number of readers to meet this sudden cost increase. Because of this, in the past few months, many independent magazines have announced that they had to take a break from publishing.

In a time when printing costs are so unpredictable, it has become almost impossible for small organisations like us to publish periodically. For this reason, we have been trying to position ourselves primarily as a digital content producer for the last two years. On the other hand, we would like to meet our readers with special printed publications as long as the conditions allow.

In a time when printing costs are so unpredictable, it has become almost impossible for small organisations like us to publish periodically.

With our grant support, you will implement the Altyazı Cinema Magazine Digital Archive project. Can you tell us about the purpose of this project and the work you plan to do?

We publish a new issue monthly in our paid subscription system, which we launched in May 2020. Users can also access some of the old issues. However, for Altyazı to have a complete digital archive, we need to scan, digitalise, and index 144 more issues systematically. Thanks to this project, printed content produced by Altyazı for more than 20 years will be digitalised. We aim to make this archive a permanent reference resource for film academics, researchers, industry professionals and anyone interested in cinema.

Altyazı aims to re-strengthen independent cinemaʼs ability to occupy a critical space in the cultural politics of Turkey. Moreover, the association aims to increase the visibility of filmmakers at risk and who have limited access to exhibition spaces through publicity and knowledge production with its platform Altyazı Fasikül.